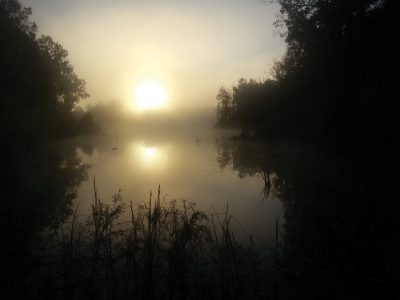 I’ve truly enjoyed every acre of real estate that I’ve had the opportunity to hunt or fish on during my lifetime. Although all of the locations had their own personalities and fostered good and bad experiences at one time or another, there have been several places I’ve encountered that were very special to me above all others. I’ll start with the first location that I encountered as my life in the outdoors begins to unfold.

“The Prairies” on the south shore of Lake Maurepas was truly part of a waterfowl heaven in its own rights. On this latitude of land is where Louisiana begins to converse from cypress-tupelo swamp to freshwater marsh. We would walk without any protection from the cold water from the lakeshore towards a wood line called “the green timber”. You would not believe the amount of ducks in the sky back in those days. Most of the fowl consisted of mallards, along with widgeon, gadwall, teal, wood ducks, pintails and ringnecks. In late winter, there would never be a moment of silence as flock after flock of ducks flew overhead whistling, quacking, and squealing back and forth to each other. This experience prompted me to write a song about that area. The title of the song is “Ole Lake Maurepas”. One line of the song quotes, “You won’t believe the things I saw on ole Lake Maurepas. Mother nature, you’re gonna drive me insane”.    If you are a young duck hunter at this day and time, it would be hard to imagine what we witnessed back in those days on that lakeshore.

The location of the Freedom Duck Hunting Club in Venice, Louisiana hands down, is the best fishing spot, day in and day out, that I’ve ever seen. Our camp was located on the spoil bank of a pipeline canal. A small cut through the levee connected the canal to the marsh that we had leased for duck hunting. We built three camps there in probably a fifteen year stretch and to this day, I can’t ever recall fishing there and not catching any fish. Many boxes of fish were taken from that sixteen foot deep cut. The menu was fairly broad featuring redfish, specs, flounder, sheepshead, black drum, freshwater catfish, croaker and many more. On one cloudy November day, we caught sixteen different species of fresh and saltwater fish from that magnificent body of water. That cut has now vanished from this earth and the spoil bank that the camp sat on is probably ten feet or so underwater at this day and time.

Thirty seven years ago, I joined Mullins Swamp Hunting Club in St. Helena parish with the hope of advancing my, at the time, very young turkey hunting career. One spring evening found me, after a long walk of about a half mile or so down a pipeline, in an area where I noticed a cleared out section of woods about an acre in size. There were turkey signs everywhere in that space. I later found out that the area had been cleared for a gas well to be drilled. The search for gas was a failure and the small clearing would take on the name of “The Dry Well”. When I walked out of that clearing that evening, I proudly carried two young gobblers that I had accidentally killed in one shot. I can’t tell you how many gobblers that I’ve actually taken from that area in general, but it’s probably thirty or so. Now remember, I’ve been in that club long enough to see the timber in that area be cut, replanted, and clearcut again. With the invention of ATV’s, more and more people found out about the spot and it then took on another name and was then called “The Meadow”, but I still prefer to call it “The Dry Well”. Timber management in that area has had a horrible effect on the little clearing and the surrounding woods as far as turkey habitat goes, but guess where my granddaughter and I both harvested two very nice gobblers last season? You got it.

If there was ever a place to witness whitetail deer sex at its finest from my past experiences, it would have to be an area that we called “The Break” at Lucky Buck Hunting Club in Fordouche, La. It was named so because it was a stretch of cypress, probably forty acres or so in size nestled in between cutover areas on two sides and a section of hardwoods on the other side. For whatever reason, if you wanted to see bucks chasing does, then the break was the place to be during the rut. It would get downright nasty in there at times. Sometimes, two or three bucks would be chasing at a time with several does involved. Antler restrictions were very strict towards the end of my tenure there, so I did more watching than shooting, but it sure was interesting to watch. In my last year there, they logged “The Break” probably changing it from what it had been. I sure miss that place and when late December rolls around, I often sit and wonder what’s going on back there.

I’m sure most of you have some very special places that will be etched in your memory forever. These places are sacred grounds to many outdoorsmen and women. Enjoy them with utmost respect while you can. It’s sad to say, but they won’t be there forever.

Till next time – They’re all special in one way or another,