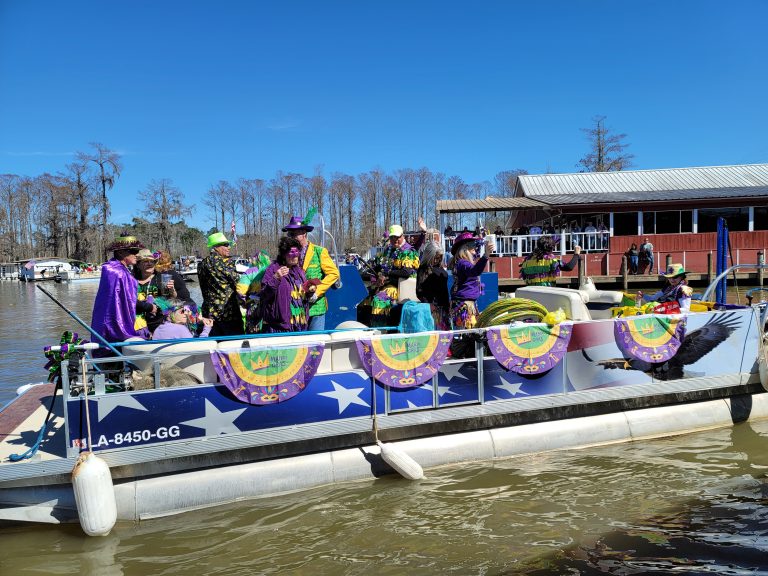 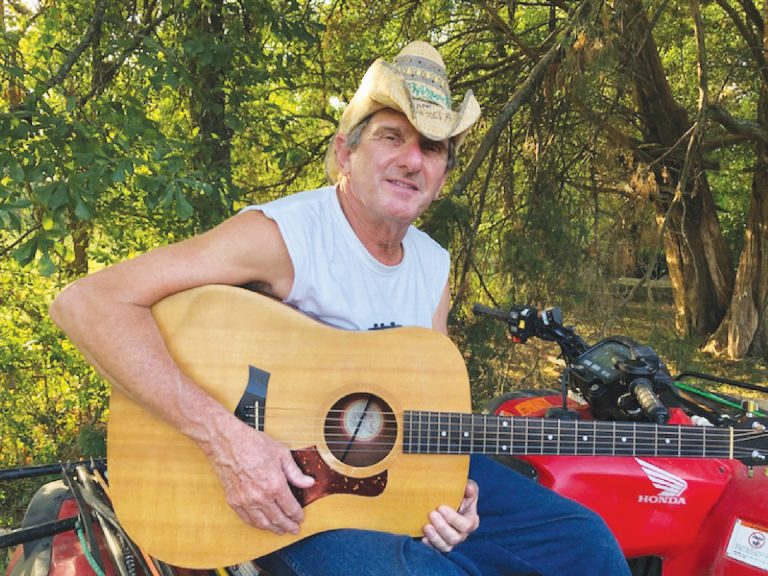 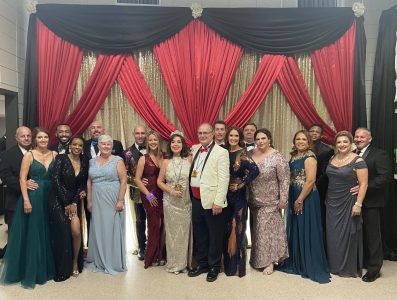 Each year the East Ascension Rotary club gives back to the community in a  major way by hosting a Mardi Gras Ball fundraiser.  This year was no exception.  In fact, preliminary figures place it as one of the best ever.

The Mardi Gras Ball is a catered event with an outstanding band. The band of choice is The Phunky Monkeys, an extremely talented and versatile show band, who continues to deliver an amazing performance of top hits throughout the ages for Rotarians and guests to dance to and enjoy.

The beneficiary of the ball each year is chosen by the immediate past president of the club, who also represents the club as King or Queen of the ball. This year’s beneficiary was CAS, Child Advocacy Services, chosen by Queen Lisa Bacala. Proceeds from the fundraiser will go directly to serving children in Ascension Parish.

Lisa is retired from Ascension Parish Public Schools, where she served 31.5 years.  Her last position held there was Director of Secondary Education.  She remains a very active public servant and community volunteer, currently sitting on several local boards and their executive committees, including Ascension Parish Library Board, RPCC Foundation Board, Council on Aging Board, and East Ascension Rotary Board.

Her King, Tony Bacala, is a member of the Louisiana House of Representatives for District 59 in Ascension.

Her Royal Court included members who supported her above and beyond the call of duty throughout her role as president of the club, along with their escorts.

This year’s beneficary is CAS, an organization that gives a voice , a sense of security, and help with healing to children in desperate need of services. Child Advocacy Services is a private, non-profit organization that provides advocacy, clinical services, and prevention education to children and families in ten Southeast Louisiana parishes through the Court Appointed Special Advocates (CASA) and Children’s Advocacy Center (CAC) Programs.

The CASA Program recruits, trains, and supervises volunteers to serve as powerful voices for children. A CASA volunteer stands beside their child with the primary goal of helping them reach a safe and permanent home.

The CAC program conducts forensic interview in a safe, child-friendly environment for children who have disclosed sexual or physical abuse. Additional advocacy, resources, and prevention education services are also offered.

– A child with a CASA is 50% less likely to re-enter the child welfare system.

– A child with a CASA is more likely to be adopted.

– A child who visits a CAC is four times more likely to receive additional services.

In addition to this year’s contribution, East Ascension Rotary Club also has an ongoing partnership with CAS. Each year members purchase Christmas gifts for Ascension children in need of services. Some members also support them in various other ways, such as becoming CASA volunteers, providing legal aid, etc.

In its 25th year of existence, the East Ascension Rotary Club, also known as the “Greatest Rotary Club in the Known Universe,”is part of Rotary International, which was founded in 1905 by Paul Harris. This club is one of four Rotary clubs in Ascension Parish and works in conjunction with the Gonzales Rotary Club, the Donaldsonville Rotary Club, and the Rotary Club of North Ascension on various projects and endeavors throughout each year.

As a regular practice, Rotarians adopt and apply the “Four-Way Test,” which asks the following four questions: “Of the things we think, say or do: Is it the TRUTH? Is it FAIR to all concerned? Will it build GOODWILL and BETTER FRIENDSHIPS?

The current president of the club is Brett Arceneaux, Administrator at Ascension Oaks Nursing and Rehabilitation center, who will be followed by David Hebert, VP of Human Resources for Atmos Energy.