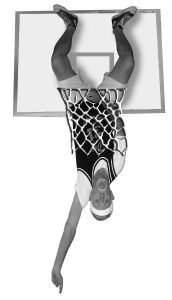 Bye, Bye American Brackets and An Offer You Can Refuse by Bill Delaune

Bye, Bye American Brackets and An Offer You Can Refuse by Bill Delaune

“A little madness in the spring is wholesome even for the king…” Emily Dickinson.

“Lord, what fools these mortals be…” William Shakespeare.

I always thought that Will and Emily (maybe a TV sitcom to replace “Will and Grace”) were way ahead of their time when it came to the term “March Madness”.

The Dickinson quote is one of my favorites although some of my English cohorts frowned on my teaching of her poems when I pointed out to my students that most of her works could be put to the tune of “Yellow Rose of Texas”.

And, of course, that rascal Puck in “Midsummer Night’s Dream” pretty much nailed this cosmic joke of a world that we now live in.

But it is springtime and hope springs eternal in the human breast whether it’s believing that peace will finally rule the planets and love will steer the stars or that this just might be the year that the LSU Tigers win the College World Series.

Spring is also a time for man and nature alike to be on the move as evidenced by the swallows returning to the mission at San Juan Capistrano (March 19) and the buzzards regrouping at Hinckley, Ohio (March 15) probably choosing the Ides of March to search for the bones of Julius Caesar or to stick another knife in the back of much-maligned Cleveland quarterback Baker Mayfield.

Even Geoffrey Chaucer decided to send his storytellers out on a pilgrimage to St. Thomas Becket in the “Canterbury Tales” around this maddening time of the year.

So as not to be outdone by the fowl of the air or the foul of the earth, I decided to make my own spring journey to as sacred place every bit as holy as Becket’s shrine or the Capistrano mission.

I left Bluff Road and started a meandering trip down Alligator Bayou to seek out the all-seeing, all knowing Great Sports Ninja to learn the secrets of life, to meditate on the mysteries of the universe and maybe to pick up a few winners in my NCAA Basketball Tournament pool.

As expected, I located him at the Mecca of Lost Souls-the deserted Alligator Bar-or Alligator Hilton, it you will-on the Ascension-Iberville parish line. I found him out back throwing a football through a tire swing on a tree with Don McLean’s classic “American Pie” blaring from outdoor speakers.

“Hey, Wild Bill,” he greeted me warmly. “It’s always good to see the only writer to be fired from three newspapers in a two-newspaper town. And let’s not even start on your radio and cable TV debacles.”

“How about this place?” he asked nostalgically. “I remember when fishermen used to launch here en route to Spanish Lake and then return here for a beverage of their choice and swap lies about their catch. Now there’s not even an Alligator Bayou and the powers that be wonder why Mother Nature is so angry at us. But to what do I owe this honor-as if I didn’t already know.”

“What’s up with the football?” I had to ask.

“Got to keep the old wing loose,” he said. “Surely, a crackerjack reporter like you is aware of the quarterback shortage in the NFL. Just look at what’s happened this month alone. Denver mortgaged the entire franchise to get Russell Wilson, Green Bay sold the Packing Plant to keep Aaron Rodgers in town and Tampa Bay lured Tom Brady from his island vacation to return to the Bucs. What was he gone-40 days? Maybe he gave up football for Lent.”

“Maybe he saw the price of gas and went back to work,” I tried in vain to match his jokes but there was no stopping him.

“The Saints are so desperate they’re after Deshaun Watson who got into some trouble with the ladies of the evening in Houston. Oh yeah, let’s bring him to New Orleans where there aren’t any strippers or prostitutes-that’s a good idea,” he laughed.

He paused for a moment so I made another feeble attempt to hold up my end of the conversation. “Speaking of quarterbacks, “I ventured, “did you know that former Steeler signal caller Terry Bradshaw checked into a hospital about 40 years ago this month for some arm surgery. Hoping to avoid unwanted publicity, he registered under an alias keeping his initials T.B. Know what that assumed name was?”

“Tom Brady,” shot back Ninja. “Did you forget who you’re talking to? And the real Brady was only five years old at the time. So while an old TB 12 was trying to extend his career a few years, a young TB 12 was just developing an interest in sports.”

“Aw, you’re no fun,” I whined. “I should have stayed at Porch Light with Christy.”

“Come on, Fishwrap,” he said. “Stick around for the music if nothing else.” McLean was wailing about driving his Chevy to the levee. “It’s vintage 1972.”

“That is a good tune,” I agreed. “I used to teach that to my classes when they were assigned a long, narrative poem. Beat the hell out of Longfellow and kept them awake.”

“It’s hard to believe that was 50 years ago,” Ninja reminisced. “A good year for the arts with ‘The Godfather’ leading the way.”

“Tell Michael it was just business. I always like him,” I replied in my best Abe Vigoda imitation. “That was one of my favorite lines although there were many memorable ones.”

“Not a bad year for sports, either,” added Ninja. “The ’72 Dolphins went 17-0, the colorful Oakland A’s won the World Series and we almost had a Triple Crown winner.”

Now don’t ask me where I was yesterday, but I can remember things that happened 50 years ago-especially sporting events. “Oh yeah, Riva Ridge won the Derby and the Belmont but was upset on a sloppy track in the Preakness. I was working for Noody at Fish-n-Pic on Derby Day when the phone rang to reveal an Irish voice on the other end.

“This is the priest at St. Theresa and I want to bet 50 dollars on Riva Ridge in the Kentucky Derby.” Now at first I thought it was a joke but the good father assured me it was legit. So I checked with my boss who said, “If the priest likes the horse that much, call Taxi (another bar owner in town) and bet us 100.”

“Those were some good days-hell, I even got married that year-but I really came here for help filling out my March Madness brackets,” I admitted.

The Great One looked frustrated. “Why, Wild Bill, haven’t I taught you anything over all these years? The answers are right in front of you if you could only use what brain cells you have left.”

His questions came rapid fire now and he answered most of them himself. “Who is the first verse of ‘American Pie’ about? Buddy Holly, right? From where?”

I beat him to the punch this time. “Lubbock, Texas.”

“Correct,” he beamed. “And what college is in Lubbock? Why the Texas Tech Red Raiders. See how easy that was when you’re in touch with your surroundings.”

“Okay,” I said. “That’s one. But what do the ’72 Dolphins have to do with basketball?”
“Dig deeper, Grasshopper,” urged Ninja. “Who was the quarterback-remember we spent some time on that position-and where did he go to college?”

“It had to be UCLA,” I reasoned. “They were winning every year back then.”

“And the Bruins return on their Golden Anniversary,” predicted the Great One.

“But what about ‘The Godfather’? Who would the Corleone family back in this year’s tournament?” Inquiring minds wanted to know.

“That’s a tough one,” admitted Ninja. “I’m going with Rutgers from Tony Soprano’s nearby New Jersey to win a couple of games but for the Final Four I’m picking Villanova for the Philly mob. Take those four teams-Texas Tech, Purdue, UCLA and Villanova and you can thank me later when you return for a Derby horse.”

“Maybe we should check with that priest for the Derby,” I laughed. “Would it help if we got a special blessing?”

“It would if the nag could run a mile and a quarter,” said Ninja. “And remember-you can’t go swimming in a basketball pool.”

I left him singing, “Bye, bye, Miss America Pie…” with hopes that I’m not telling my bracket good-bye after the first round this year.