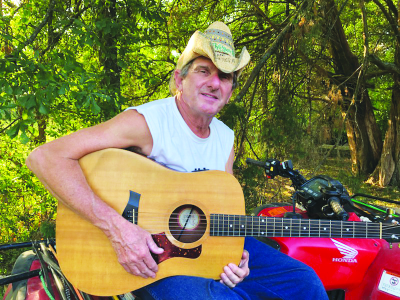 Jammin’ with Goosie … A True Outdoorsman

Changing jobs after twenty some odd years of employment elsewhere can be a challenging opportunity to endure. Don’t get me wrong, it was not like going to another country. The new job site was loaded with past employee acquaintances that I have worked around for years. Along with several of my old working buddies on the new site, my new environment was loaded with plenty of hunters and fishermen. Naturally the topic of hunting and fishing would come up quite often in the conversations that I participated in at this new home away from home. Some of the talk was from old friends of mine, but the new job had allowed me to meet an entire new group of outdoor acquaintances.

The talk would naturally range from one topic to another such as, how many pounds of fish did it take to win whatever fishing tournament that had taken place the past weekend? What area are the biggest majority of the ducks being killed at? Will we have a good crawfish year? Where the best bass, catfish, bream, choupique, and sacalait bite taking place info was always being shared, not to mention the talk of reds, specs, snapper,etc. Squirrel hunt stories were plentiful, along with a little spice added from rabbit and coon hunters. The conversation of why turkey populations in many areas are in decline was always a debated topic. Add to the mix the feral hog situation, turtle catching, deer photos (dead and alive), along with several other subjects, and you could say that this new group of outdoorsmen and women just about covered it all.

Out of the new acquaintances, it wasn’t hard to see that some, sad to say, still cheated a bit and most had done wrong to some degree, but in time had learned to do better. After many years of being a member of several conservation groups, it wasn’t hard to see who really cared for the resource and who didn’t. There were several people interested in the vision of the future, but one young man in particular seemed to be very concerned about the future of outdoor sports and its environment.

From my first introduction to this person, I could tell that he was a true sportsman. Although he had been on the side of wrong doing in his younger life, he had now learned a better path forward. This middle aged guy was a very successful outdoorsman. He would proudly show pictures of his kill or catches and would tell exciting stories of each event.

His harvest was well taken care of and used wisely with no waste. He took only what he needed and provoked others to do the right thing. He had much concern about things such as hurricanes, predators, floods, disease, and their influence on game and fish populations in upcoming years.

His main interest was focused on the Atchafalaya Basin in which most of his outings would take place. During the extremely high waters in the spring of 2019, animals in the Basin were forced to inhabit whatever pieces of high ground available to survive. While scouting for turkeys and carrying a firearm with the possibility of seeing a feral hog, he approached one of the few pieces of high land that was above the water line. What he saw and did at this particular moment is a testimony to the kind of person who really cares about the future of the resource at hand.

The following Monday he looked me up and excitedly showed me some video of what he had encountered on his scouting trip. The video was a slide presentation of approximately seventy whitetails on an island that he was wanting to access to look for turkeys and pigs. After showing me the video, he looked up at me and said, “Turkey or no turkey. There was no way that I was going out there and bothering those poor things. They don’t have anywhere else to go. I’m worried about them. I went back later and poured some food out for them. I hope that they make it”. I replied, “You did the right thing. There ain’t no way that I could have bothered them either. But you know it’s a strange thing that when next deer season rolls around, you and I both will be putting forth all the effort we can to pull the trigger on one of those things”. His next statement was, “Yeah you’re right, but for now, I want to take care of them”. As he walked away I confirmed my realization of what I had known from my first introduction to him four and a half years before. By all means, I had met a true outdoorsman.